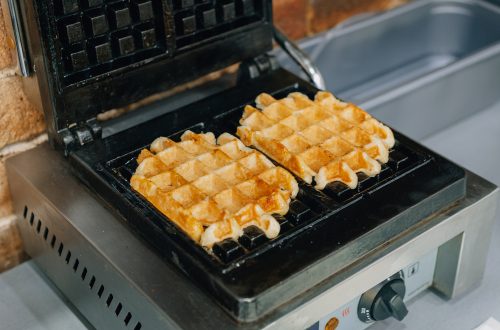 There’s no doubt about the fact that a waffle iron makes one’s life so much easier in the kitchen, especially when it comes to breakfast time or dessert time for that matter. However, chances are that if you’ve had your waffle iron for quite some time now, and they do last I must say, it’s probably a little outdated. Sure it probably still works really well, but you’ll only be able to tell that it’s a little outdated if you get to use a brand new one.

There are quite a few reasons why you should probably get a new waffle maker:

Newer model waffle makers are a vast improvement on models which are about four years or older in many respects, one of which improvements is that of offering more extensibility. Waffle makers made between 2014-2016 and right now can do more than just iron waffles. You can pretty much prepare anything that is to be baked or even fried as the actual waffle irons offer better control of the temperature settings.

Energy efficiency is indeed the order of the day with newer model waffle makers as they heat up to the desired cooking heat much quicker than older models and so use up less power warming up. The higher end waffle makers you get on the market these days even have an intelligent temperature regulation feature with a circuit breaker in case of any leakages, so you won’t get any of that burning of the waffles after using it for a while on the same temperature setting, as is often the case with older models.

I specifically went with the newer waffle makers being easier to keep clean than mentioning how easy they generally are to clean up after use. Ideally you’d be tempted to clean it immediately after use because it cools very quickly after it’s switched off and the ease with which it can be cleaned is partly due to the new non-stick coating manufacturers use as somewhat of a standard these days.

Okay, so perhaps in reality the jury is still out on the durability of modern day waffle makers in comparison to their predecessors. I mean we all know that things these days aren’t quite built to last like they used to be, but I guess I take a lot of encouragement out of the fact that the parts contained in the newer models of waffle makers seem to be replaceable. So you can replace one faulty part instead of having to throw the whole waffle iron away.

Those professional-looking waffles you buy from the shop can now be produced right there in your own home, such is the design standard used to manufacture the newer models. In fact, a friend of mine who runs a food truck uses one of these to make some waffles that not only go down well, but also look like something you’d pay for in a restaurant.

Modern day waffle makers take up less space than older ones, even in the case of those which can accommodate bigger loads of batter.