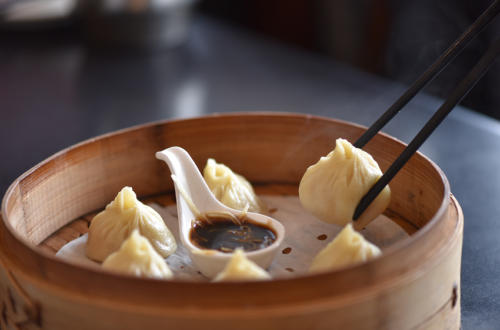 There are definitely right ways and wrong ways when it comes to eating Xiao long bao, and other soup dumplings. As a restaurant called Time Out London recently learned, encouraging diners to do it the wrong way will earn endless scorn from chefs, diners, and seemingly the entire internet.

Time Out London encouraged its patrons to pierce the dumplings with a chopstick or fork and let the hot flavorful broth run off onto a plate. This defeats the entire purpose of eating dumplings in the first place, which is to sip the gelatinized meat stock from the dumpling and then pop the remaining dough in the mouth for chewing.

Other Mistakes to Avoid When Eating Soup Dumplings

Westerners who want the authentic Chinese experience of eating with chopsticks sometimes make the mistake of trying to eat soup dumplings in this fashion. Unfortunately, this will have the same effect as intentionally poking the dumplings with a fork or chopsticks.

This popular Chinese food is far too delicate to pick up in this manner. Instead, diners should pick it up with a large soup spoon and suck the juice out first. It can also be a big mistake for diners to pick up a soup dumpling with their hands as it can break open and spill hot broth on the skin.

Pick the Soup Dumpling Up Carefully

For many diners, especially those eating a soup dumpling for the first time, bringing the delicacy from plate to mouth is the most challenging part. It can be even more of a dilemma when the dumpling has thin paper attached to the bottom. The best way to remove it is to use the index finger and thumb to pull on the paper with one hand while placing the soup spoon underneath the dumpling with the other hand.

How to Take the First Bites

Diners should keep in mind that the steam inside of the soup dumpling is often hotter than a pot of boiling water. That means biting into it wrong can really hurt. To avoid a scalded mouth, the best thing to do is bite of a tiny knot in the corner of the dumpling and wait several seconds for the steam to escape. It is then safe to start sucking out the broth.

Don’t Dunk the Dumpling in Broth Right Away

Chinese restaurants normally provide diners with several sauce options for dunking their soup dumplings. However, there is also a right way and a wrong way to dip a dumpling in sauce. The wrong way is to dip it immediately after the waitstaff serves it. That is because the soup dumpling is still very hot and dunking it can lead to a tear that causes its insides to leak out into the dipping sauce. It’s better to wait until there is no broth remaining inside of the dumpling and only a small amount of solid filling before dunking.

Like many things in life, learning the right way to eat Chinese soup dumplings just takes a bit of instruction and practice. Once mastered, diners have many opportunities to enjoy dumplings without fear or injury or embarrassment.