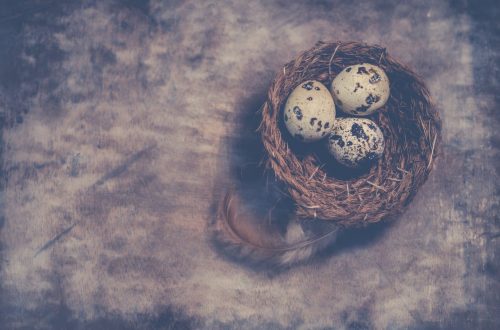 I’ve made it a mission to learn how to hunt as part of my drive to get better acquainted with the other side of what my profession entails. As you know, this also involves acquiring a gun. For that, I could take part in something like a gun raffle or visit a licensed gun store in my community. But what matters most is that I spend enough time practicing and refining my hunting skills.

However, let me make it clear, I don’t enjoy trophy hunting or anything of that sort and I personally feel that if one is ever to kill anything it would have to be in the case that they want to eat it. Isn’t it interesting how hunting as a sport is so intricate, and how awesome hunting equipment (click to read more) has become? I find it quite fascinating. After all, aren’t we all descendants of our great great great grandparents who hunted for their survival? With that, I thought I would discuss some of my personal favorites in the way of wild foods.

As far as the history of this delicious wild bird goes, whoever played a part in introducing pheasants to the new world should be commended for their hand in helping breed pheasants of slightly different flavors. This is indeed one of the most delicious wild birds you’ll ever taste if, of course, you get to enjoy that privilege. It’s perhaps the only animal I know whose meat doesn’t need any seasoning.

Okay, so with quail I guess it’s a binary consensus as far as its taste. Either you’ll absolutely love it or you’ll completely hate it. There’s no in-between with quail and I don’t think it can be called an acquired taste. A personal favorite of mine nonetheless, but it’s a pity it has to come from so far for the likes of myself to get to enjoy it over here.

I have to emphasize that it has to be deep-sea hake in particular, which would naturally suggest that it’s wild-caught as well. Hake and even other fish like pilchard tend to lose pretty much all their nutritional value and tasty goodness when bred in captivity or in some sort of controlled environment.

It’s quite something to think that in actual fact when one takes their daily walk anywhere in and around the city they’re surrounded by some super delicious birds in pigeons. It’s a very long story that of how I got to enjoy a taste of roast pigeon, but I’ll tell you one thing – the wilder they are (the further away from the city they are) the tastier they get.

Consistent with the tastier pigeons get the wilder they are, wild chickens will have you wondering just what on earth happened to those commercially produced chickens we cook in our homes and fill up on from fast food restaurants. There aren’t many wild chickens anywhere in the world though, so it’s a very rare treat to enjoy.

Papua New Guinea is home to some of the tastiest pork you could ever eat in the wild pigs the men traditionally go out hunting for and bring back on their shoulders for the whole family to enjoy. They’re very dangerous as well, which I guess somehow contributes to their delicious taste.

Just like quail and perhaps even more so, rattlesnake is not for everyone. In fact, this Texan delicacy created out of an abundance of nuisance-causing rattlesnakes gives some people who taste it in the hot dog it’s traditionally served in have nightmares about it and report it to taste like “snake”. I tend to agree about the taste – it’s hard to explain how something tastes like something you’ve never tasted before.