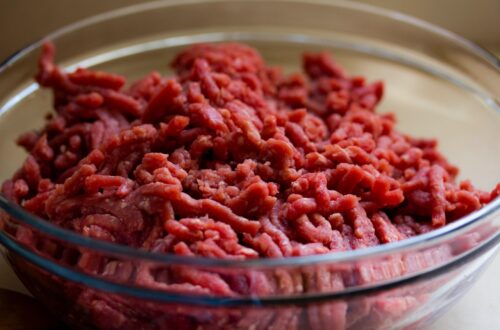 Meat, which is the edible flesh obtained from livestock, isn’t limited to the skin of these animals alone. It includes their muscles, fat, tendons, and ligaments. Internal organs such as the heart, liver, and kidneys are also classified as meat, and, like all other parts of meat, are valuable sources of protein.

Like most nutritious foods, meat contains high amounts of vitamins and minerals necessary for human growth and development. Like all foods, meat is also susceptible to microbial action and spoilage, which was what initially lead to the need for various techniques of meat processing and meat packing.

Meat Processing Through the Ages

It is difficult to say when exactly meat processing was invented, but one certain thing is that it has been practiced for centuries. The ancient Egyptians ate all sorts of meat in their time: mammalian, piscian, and avian (Land, Water, and Air Animals).

However, while piscian and avian meat sources were readily available to people of all social statuses, certain hunting restrictions made it difficult to obtain mammalian meat.

As a result, mammalian meat was a highly valuable commodity. Once obtained, the meat had to be consumed immediately to prevent spoilage or they had to preserve it for later use.

The processing methods the Egyptians practiced back then were sun-drying the meat to reduce moisture, salting it to remove water from microbial cells through osmosis, and smoking it to reduce lipid oxidation, thus preventing the meat from having a rancid odor.

Hundreds of years later, shortly before the civil war, the meat industry became widely commercialized in the United States, owing to several factors, such as large-scale cattle ranching, the utilization of railways for transportation, and the invention of the refrigerated rail car.

It was then that companies like Swift and Armour & Company rose to the challenge of overseeing the shipment of refrigerated meat to local markets all over the country.

Today, there are more than enough ways to process meat, each method resulting in a different texture and flavor for the processed meat. With this development arose more reasons to process meat other than its preservation.

There are over a dozen reasons why the meat industry processes meat, but below are the most popular reasons:

Butcher vs Meatpacker: Who to Buy Meat From?

When it comes to buying meat, you will usually have to get it from either one of these sources: a butcher or a meatpacker. People looking to buy an assortment of meat usually buy from butchers, and this isn’t so surprising. Butchers specialize in the processing of carcasses into primal cuts.

As such, they easily provide those parts of meat you wouldn’t usually find in a grocery store, such as beef tongue, bone marrow, pork liver, and even beef ribs (waste nothing!).

Meatpackers, on the other hand, specialize in the grinding and cutting of primal cuts to meet the specifications of the end consumer. Meatpackers work in grocery stores, and since grocery stores have limited stocks, they always restrict their meat to only the parts highly demanded by consumers.

Drying meat under the sun’s rays or warm, dry air is one of the oldest meat processing methods. It involves cutting meat into small, uniform shapes that allow for its complete dehydration.

For meat drying to work effectively, several factors must be considered, such as the time of day the meat will be dried and the type of meat being dried.

While meat can be dried at night or day, it is always better to dry meat at a time when the temperature is high and the humidity is low. Essentially, the type of meat best suited for drying is lean meat. If fatty meat is subjected to drying, it usually results in tougher, rancid meat

Another age-old method of processing meat is curing and smoking. This traditional method not only increases the shelf life of meat products, but also improves their taste, color, and aroma.

When meat is smoked, the moisture on its surface area greatly reduces, thus preventing spoilage.

Likewise, curing meat—also known as the treatment of the meat with salt or nitrites—decreases the moisture content of the meat, as well as the water in the cells of any active pathogens. In the long run, this will hinder microbial growth, spoilage, and rancidity.

Freezing is an excellent way to inhibit microbial growth on meat without losing the meat’s moisture content.

A batch of meat stored at 0°C will usually last for days since most pathogens (like salmonella, staphylococcus, and clostridium species) hardly thrive in temperatures under 4°C.

One drawback to chilling meat is that it doesn’t kill the pathogens present in the meat. At best, it renders them dormant. So, naturally, when the meat begins to thaw, the microbial activity will pick up from where it left off.

Meat fermentation involves the introduction of a lactic acid-growing bacteria culture to a portion of meat, as well as a food source for the bacteria to feed on. As the bacteria feeds and grows, it excretes lactic acid, which reduces the pH of the meat to between 4.6 and 5.3, depending on the length of the fermentation process.

To successfully ferment meat, the meat is first chopped into smaller pieces, then seasoned with dextrose (corn sugar)—this sugar will serve as the food source for the bacteria. Next, the bacteria culture is added, and, lastly, some salt. (Note that no water is involved in the process.)

The meat mix is then stuffed into fibrous or collagenous casings and vacuumed. Vacuuming the meat will compress the meat, making the end product firmer and tastier.

The length of the fermentation process will usually depend on the temperature. Basically, the higher the temperature, the faster the bacteria grows, and the shorter time the meat takes to ferment. Since meat fermentation can last between 2 to 14 days, the use of a pH meter is always advised, to prevent the meat from becoming acidic.

Some Benefits of Eating Processed Meat

As great as processed meat is, here are some adverse effects it can have on your overall health:

Should you Eat Processed Meat?

Chances are, you already are eating processed meat. Processed meat like salami, smoked meat, and sausages are popular among our favorite snacks, and while this isn’t entirely bad, it’s not completely good either. Balance is key to anyone’s diet, so be sure to bring peace and balance to yourself.

A general rule is to eat moderate amounts of processed meat, and less frequently, too. However, if you have underlying health conditions, such as hypertension and diabetes, you had best avoid processed meat altogether.